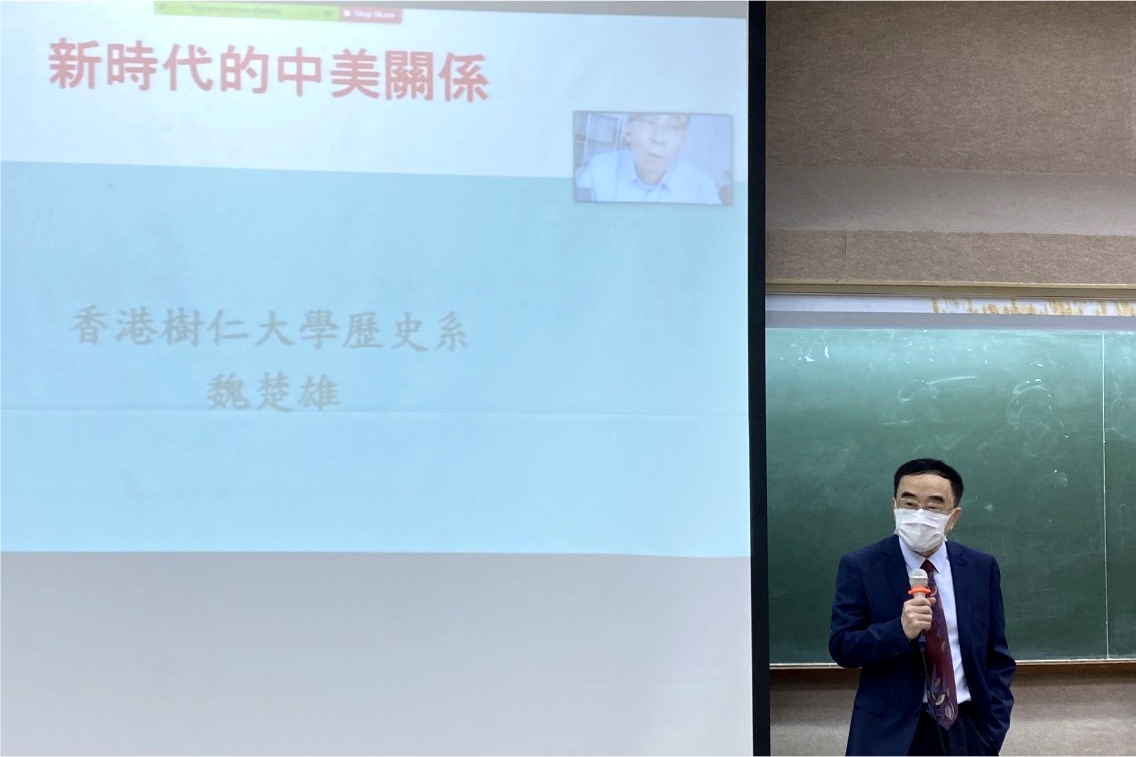 In this Zoom talk, Professor WEI started by defining “the newness” of the China-US relations in the new era, which did not come from the change of time or American leadership, nor the increasing hostility between the China and US, but the substantial change of the nature of China-US relations from an abnormal and unequal status to a normal and equal type, despite a normal and equal relationship not necessarily meaning a good one.

According to Professor WEI, in the beginning, it was China’s tea sale that led to the American independent revolution which allowed the initiation of direct trade between the two countries. In the past two and a half centuries, however, China and US shared almost nothing in common, either in culture, religion, ideology, values, political concepts and systems or economic systems and practice. Fundamentally, the two countries had no common interests, nor common long-term goals, and the US, with a condescending approach, had always been superior to China. Their relationship was simply built upon the contingent needs for short-term profit of trade, dealing with laborer shortages or a common enemy of Japan or Soviet Union.

Professor WEI said other than that, the US always unequally treated China with Chinese Exclusion Acts, the Treaty of Wangshia, the Open Door policy, the sanctions following the Korean War and the June Fourth Incident. The emergence of the “China Threat” and “Thucydides Trap” theories in the early 21st century foresaw another intensified American hostility toward China, but the “invisible history hand” prevented the US from keeping its superiority over China, first due to the 9/11 incident, then the Financial Crisis in 2008, and most recently the Covid-19 pandemic. As a result, China was able to keep its rapid development until recently the US Congress announced its “2021 Strategic Competition Act” that takes China seriously as its number one competitor. This does not mean that a war will break out between the US and China, but the US and China will become fierce competitors on the same foot.