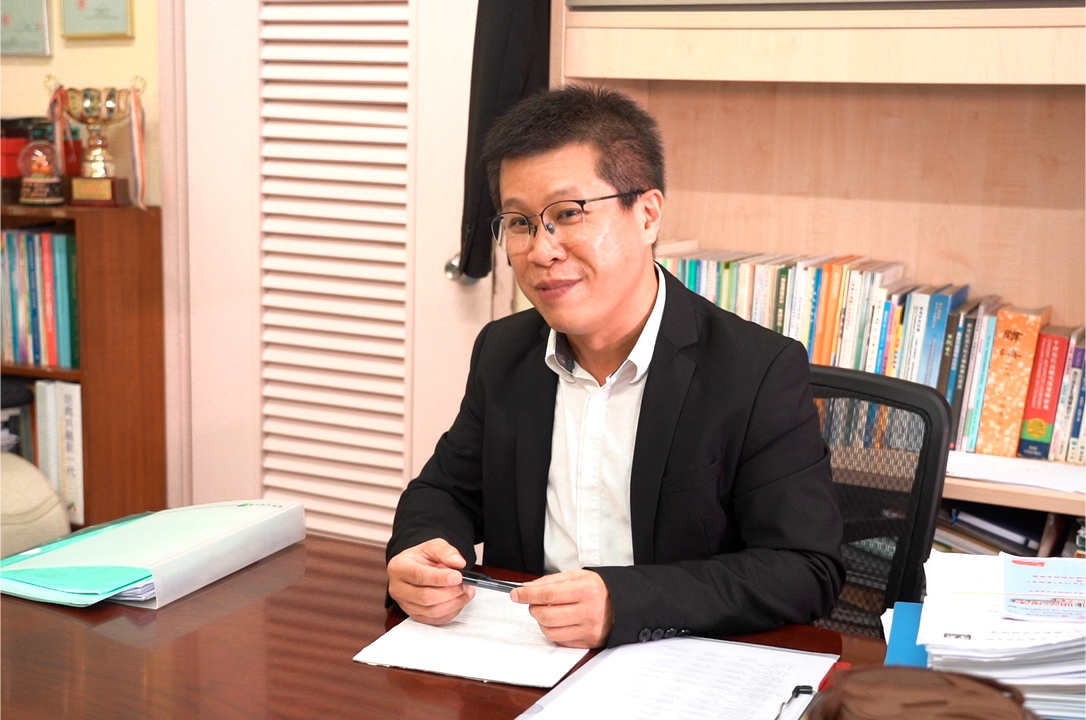 Mr. SZE Chi-king, Principal of Fresh Fish Traders’ School, is a graduate of the Department of Sociology of Shue Yan. Since he was promoted to principal in 2015, he has been standing at the school gate every morning to greet students and parents. He said that this was about his principle of how he conducted himself in society – “benevolence”, and he believed that parents would come to accept “benevolence” as the standard of conduct that their children should learn.

When Principal SZE knew that Shue Yan Newsletter would publish a special edition for the 50th anniversary of the university, he readily agreed to be interviewed. During the interview, he recalled his study in Shue Yan in the early 1990s and also talked about his education philosophy.

He said that when he was enrolled in Shue Yan in 1990, he had never related his study with his future job. He just wanted to happily study and learn more. When he was at school, he loved to work with his classmates after class to discuss what he could not understand during classes. In retrospect, he found that this helped improve his interpersonal skills and leadership capacity. He believed that a college diploma was only a “ticket to the workplace” and that future achievements depended on individual efforts. Since Shue Yan adopted a four-year university system then, he started later than other graduates when he set foot in society after graduation. However, because Shue Yan graduates knew their shortcomings, they worked harder than others. As a result, they developed fast and received good pay.

Before he graduated in 1994, Principal SZE had already worked as a camp chief of the Jockey Club Ming Fai Camp of Caritas at Cheung Chau. After graduation, he felt that this job was a little boring and planned to resign. Later, he read in the newspapers that Fresh Fish Traders’ School was recruiting teachers. He thought he would just give it a try and applied for the job. In the end, he was hired.

He said he worked at Fresh Fish Traders’ School with Shue Yan’s spirit of “striving to move upstream from the starting point”. During his tenure as the school’s Director of General Affairs, he did his best to show others his work was different although his duties were trivial. As a result, he was seen and appreciated by the school management and had the opportunity to assume other positions. Eventually, he became more familiar with all aspects of school operation and was later appointed as the Principal.

He believes that the members of society need to work in cooperation with a due division of labour, and only when people perform their respective duties can the society operate. Members of the society cannot all be professionals. Therefore, he would not expect all his students to have great achievements and thinks that it is enough as long as they can do their best and make the ordinary extraordinary.

There is a mural, “Brilliant Tree,” in Fresh Fish Traders’ School, which implies the society needs all kinds of people. People of any origin can shine as long as they fulfil the functions assigned. Principal SZE said it also implies that only when all students shine together can the “Brilliant Tree” and society be beautiful.

“Cultivating virtues of benevolence; broadening horizon and knowledge” is the motto of Shue Yan and Principal SZE values “benevolence” a lot. But he admitted that nowadays people are attaching more importance to students’ academic performance than their moral character. In this regard, he said that what we can do is to add personal elements to change it. “The influence of the deed and value system that Principal CHUNG and President HU instilled in me can be shown in my career and growth. For example, I insist on meeting parents, teachers and students in person every morning, and I even go to work earlier than the janitors. Besides, I practice my principle of conduct, that is, ‘benevolence’. I believe that parents will come to accept ‘benevolence’ as the standard to which their children should learn to meet.”

Principal SZE was also impressed by a statement Principal CHUNG made: “Don’t be afraid of suffering losses.” Therefore, he hoped that his junior schoolmates would be courageous to try and constantly gain experience from mistakes to create their own future.

Before the end of the interview, Principal SZE wished that his junior schoolmates would do their jobs well in the country and society and that his alma mater had a more wonderful and different development in the next 50 years.

Study on How do Ethnic Minorities
in Hong Kong Cope with Cancer
by Dr. LAU Flora Pui-yan