Norman CHAN: The Thirst for Knowledge a Key Quality in an Era of Change 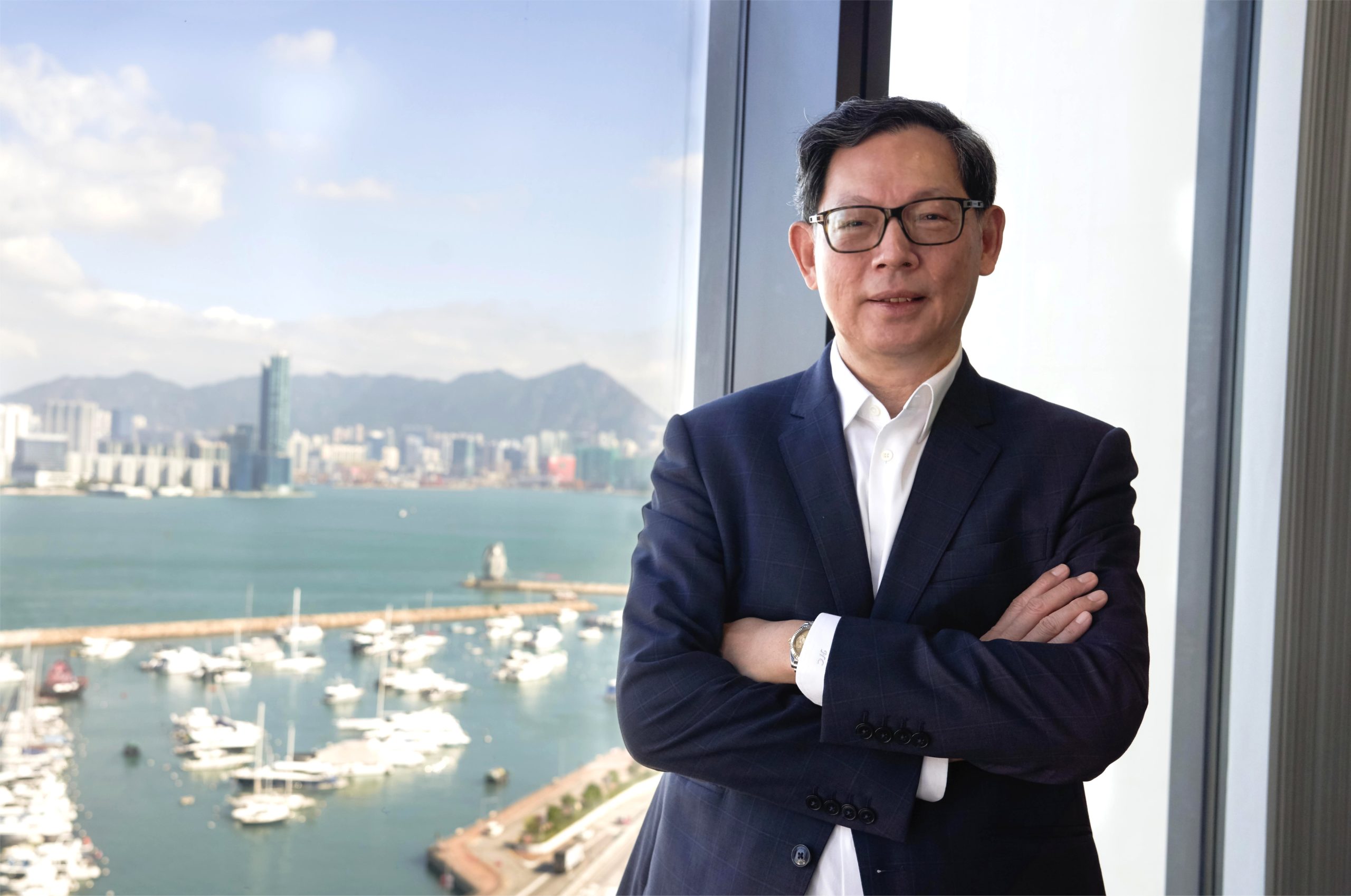 Following a decade-long tenure to lead the defacto central bank in Hong Kong, Norman CHAN, the former Chief Executive of Hong Kong Monetary Authority, chose to embrace technology after his retirement by setting up his own fintech firm.

In an inter view with Shue Yan Newsletter, Norman CHAN said he believes university education is not only about transforming students through knowledge, but it is equally important to prepare them with the right manners of conducting oneself. In an era of change, a bright future is awaiting those who are both open-minded and self-demanding.

In 1976, Shue Yan College was first registered as a tertiary institution in Hong Kong. The same year CHAN earned his degree in sociology at the Chinese University of Hong Kong and joined the civil service as an administrative officer. Working as a Private Secretary to then Governor Sir Edward Youde, CHAN crossed paths with Dr. Henry HU Hung-lick and Dr. CHUNG Chi-yung in the early days of Shue Yan, when the two founders discussed the matters of founding the university with the government.

Decades later, Shue Yan became the city’s first private university. CHAN said he has always held our founders in high regard for the way they uphold their values in education under resource constraints, and he is honoured to receive the Degree of Doctor of Business Administration, honoris causa from Hong Kong Shue Yan University.

CHAN believed private universities are not necessarily inferior to their public counterparts. “Look at the Ivy League schools in the United States – the best among them are all private institutions,” he said. “The question that people should perhaps be asking is what makes a good university .”

Be it private or public, one thing that concerns the former central banker is the tertiary sector ’s obsessions towards rankings. “Naturally rankings are important metrics to address research quality and academic standard. But on the other hand, traditional Confucian virtues that are especially core to universities in the east, such as ‘keeping within the bounds of propriety’ (CUHK motto) or ‘cultivating virtues of benevolence’ (HKSYU motto), are never addressed in those rankings.” He stressed it is just as important to prepare university students with the right manners of conducting oneself. “An evil genius is always going to be more dangerous to the society.”

CHAN sees university students as intellectuals embedded with qualities such as self-demanding and a sense of responsibility towards the society. “One does not deserve to be called an intellectual if he or she cannot keep within the bounds of propriety or cultivate virtues of benevolence,” he said, making references to the mottos. It does not necessarily mean rolling back the clock to learn Confucian classics such as the Book of Rites, but he believed universities need to put in more efforts creating an environment favourable to students learning manners and virtues. While circumstances vary in different institutions, it shall be up to the universities to pan out the details.

The motto of Shue Yan University – cultivating virtues of benevolence; broadening horizon and knowledge – reflects our founders’ ideas of seeking to nurture learned and capable students while committing to cultivating the young into men of honour. The pursuit of education that promotes benevolence is the first and foremost. Such idea is echoed by CHAN. “Once you step into a university, you are in a brave new world and that is where you shape your personality,” he said. “One will need to keep up with the times in the pursuit of knowledge. What has never changed is the way we learn to behave and the manners of conducting oneself, for which there is only one question to ask: what kind of person do you aspire to become?”

CHAN said this is neither a subject of science nor an academic discipline. “It is something in our roots, our tradition. For example, in China we have Confucian values to follow, and at the center of that is benevolence.” Just like the teachings of Confucius were exemplified in the Master’s interactions with followers, university students today could also build their values and manners through interactions in the campus. “For instance, we know we will be fined $1,500 for littering in public. But a person of proper values and manners would not litter even if no one sees it. He or she will probably stop others from doing that.”

Against the backdrop of a fast-changing global environment, CHAN’s advice to young people is to strive to become the best version of yourself. “Fintech was probably unheard of a decade or two ago. I began to encourage the development of fintech a few years ago and set up my own fintech company after retirement. The classrooms did not teach us about all these and you have to learn them by yourself.”

Looking back at a successful career that spanned over four decades, CHAN said the most important things are the thirst for knowledge and the willingness to learn. “Curiosity is the mother of knowledge. Asking ‘why’ is the key to almost everything,” he said. “When your knowledge grows, you will get refreshed from time t o time.”

He added that one can never learn enough in the four years at university. “Some people would find it easier to switch careers than others after they graduate. The reason is rather simple: If you have a curious mind, you are more capable to get a grip on areas you are not familiar with and that would not go unnoticed by your future employee.”

CHAN encouraged young people to get prepared for future opportunities and act like a sponge when it comes to each new experience. The last thing they should do is to learn for the sake of material returns. He believed forging a successful career is no different from walking up the stairs in a building. “All you need to walk upstairs is muscular strength, good coordination and balance. If you do not prepare yourself for any of these, you can hardly go up without taking an elevator.”