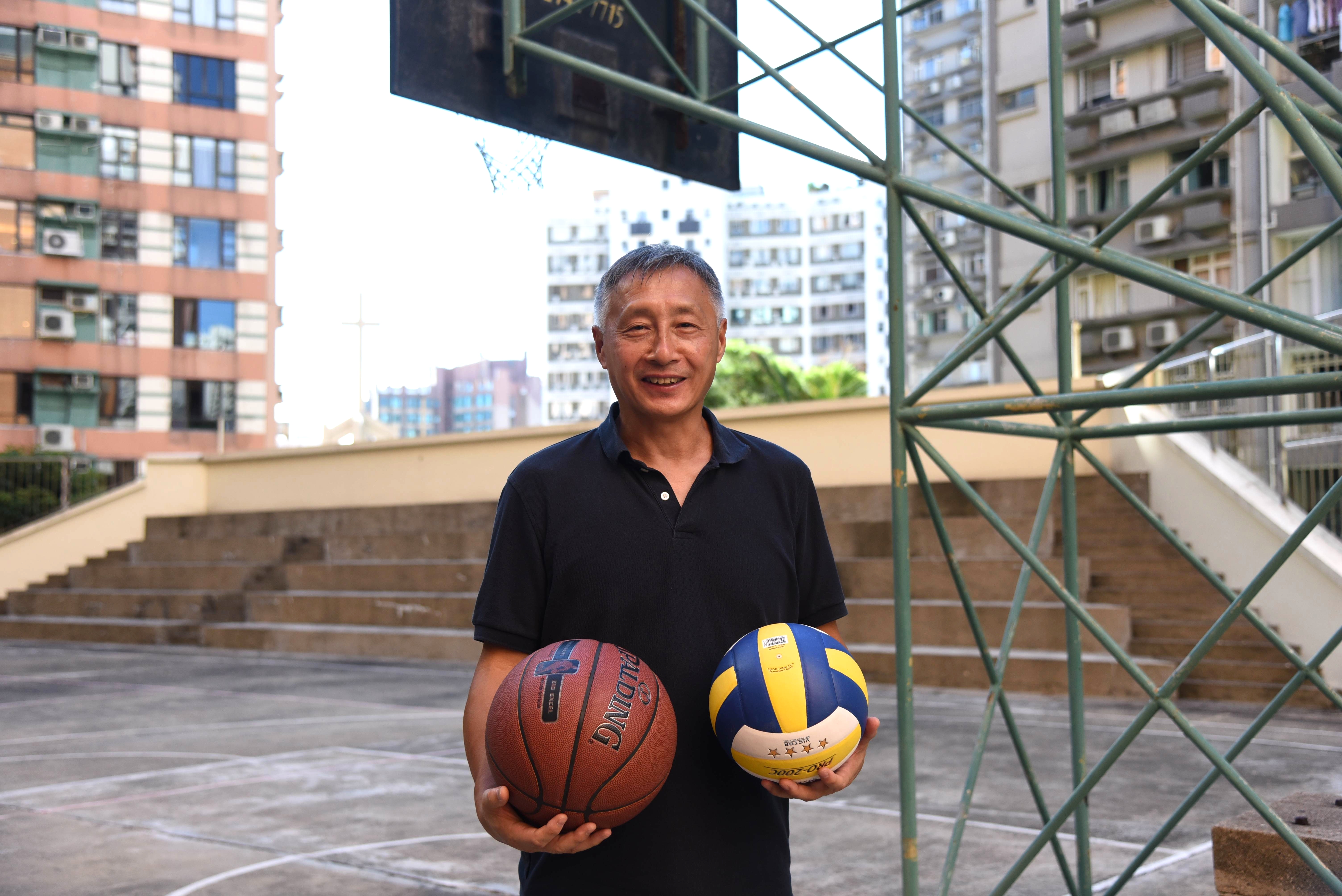 “I appreciate each school team. The teammates never give up and demonstrate sportsmanship; even though the school support on equipment and resources are insufficient, this gratifies me a lot.” Dr. GONG Xiao En, the Director of Physical Education at Hong Kong Shue Yan University (HKSYU) revealed in an interview with Shue Yan Newsletter.

Dr. GONG, who has been the Director of Physical Education for 16 years, said that there were already numbers of school teams in HKSYU back in the 1980s. According to the school record, the best results in the past inter collegiate competitions were from the women’s table-tennis team; the team won championships in four consecutive years, from 1985 to 1988. For the outstanding results in recent years, member of the Athletics, CHONG Sze-yeung, a student from the Bachelor of Social Sciences (Hons) in Counselling and Psychology Programme, ranked 4th in the 5,000-metre run in the USFHK Annual Athletic Meet held in April this year. Also, both the football team and handball team ranked 8th this year.

There are currently 16 school teams at HKSYU (see table) and Dr. GONG emphasized the preciousness of each team. He expresses the hope that the team members would value every practice and the competition opportunities for improving one’s physical ability. Besides, he addresses the learning of the never-give-up spirit by overcoming obstacles and letting more people become familiar with HKSYU through sports.

Regarding the familiarity and importance of physical activities, Dr. GONG revealed the fact that not many HKSYU students know and care about traditional sports. It is fortunate that the development of modern technologies enables students to receive information about sports activities in multiple ways. However, the number remains low when considering how many students would actually participate in sports. “Being active is better than staying passive, only being active can maximize efficiency. I wish there would be more people, including parents and peers, to encourage youth participation in sports and to change some students’ mindset of ‘Playing sports is time-consuming.’”

HKSYU has always valued physical activities by holding the Annual Athletic Meet normally in March every year. Back then the scale of athletic meets was smaller and requests students from the Physical Education programs to participate, and hopes other students would participate to maintain the number of participants and atmosphere. But the arrangement no longer remains after Dr. GONG took his post in 2005. He said most of the students like sports but may not track and field, some may like basketball or badminton, so he cannot force it on them.

“Being passive is inefficient. The school president, principal and teaching staff used to participate in the competitions in the past; the relationship between teachers and students were closer since the teachers acted as a leading role. Also, there were more students participating especially for students from Bachelor of Business Administration (Hons) programme and Bachelor of Social Work (Hons) programme. However, in recent years there are less people participating, no matter teachers or students. The richer and larger range of internal sports activities and competitions, almost 10 per academic year, have generally decreased the attractiveness of the Annual Athletic Meet,” said Dr. GONG.

According to the statistics, there were around 300 students who joined the Annual Athletic Meet in 2015 and 2016. The number decreased steadily to 206 in 2018, and rebounded to 265 in 2019. Due to the COVID-19 pandemic, there has been no Annual Athletic Meet for the past two years. Dr. GONG expressed the hope that more students could join the next Annual Athletic Meet, which will be held in Tseung Kwan O Sports Ground on 10 March 2022.

Dr. GONG also revealed his longing to hold a Water Sports Day. However, swimming is not a really common sport and only has a limited number of participants, therefore, there are no current plans for it.

Physical Education became a subject of the General Education Programme in the academic year 2017/2018. Dr. GONG believes it is good to emphasize the teaching of physical activity theories, and it would be better if there is a better balance between theory and practice because it would be more effective to raise students’ interest towards sports. Simultaneously, students can understand the relationship between sports, health and society in a deeper way. As students’ interest differs, Physical Education would not be considered turning into a compulsory subject at present. 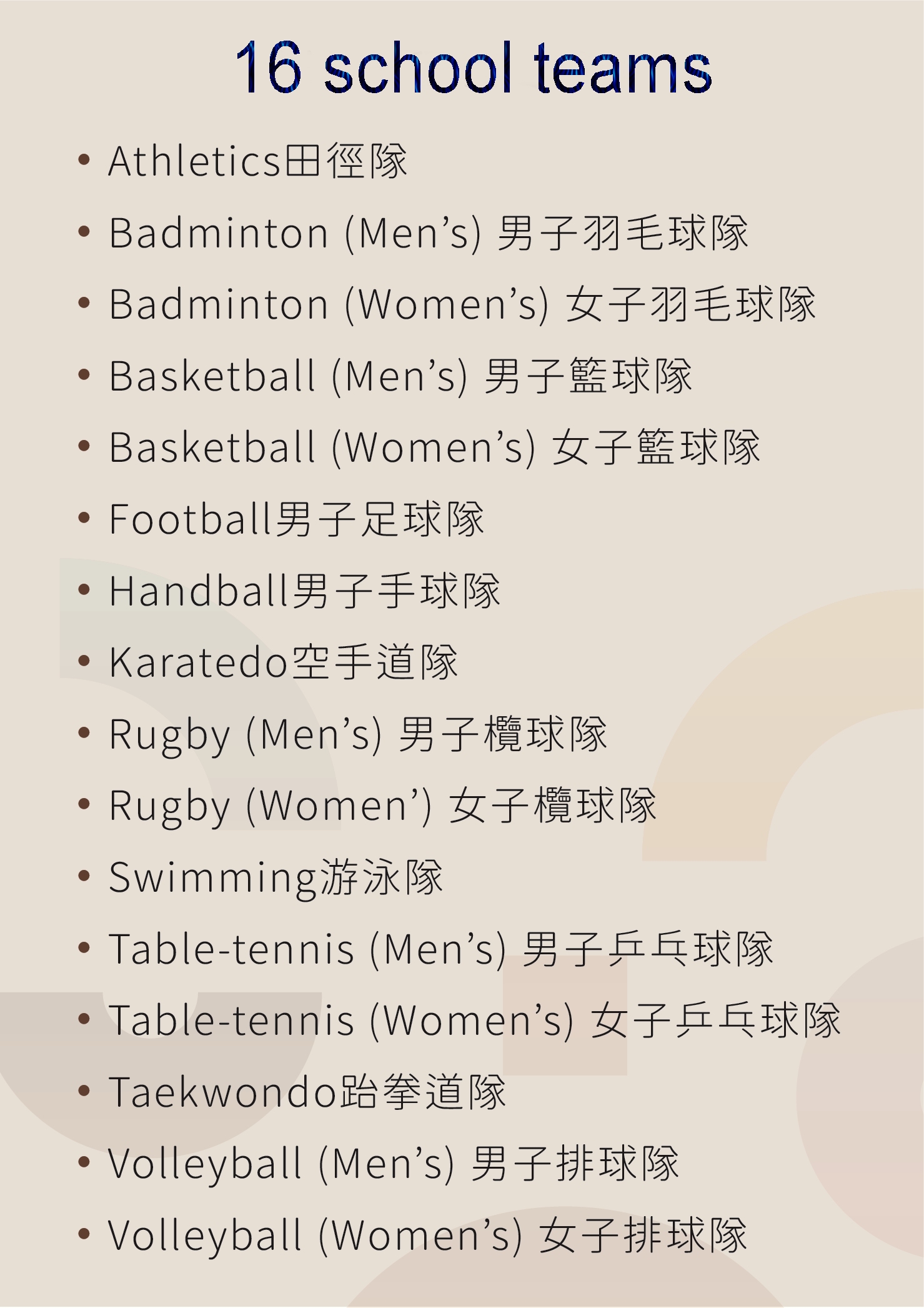 Letter from the Deputy President: Let’s do our parts, support each other and fight the pandemic

Life of Exchange Students under the Pandemic