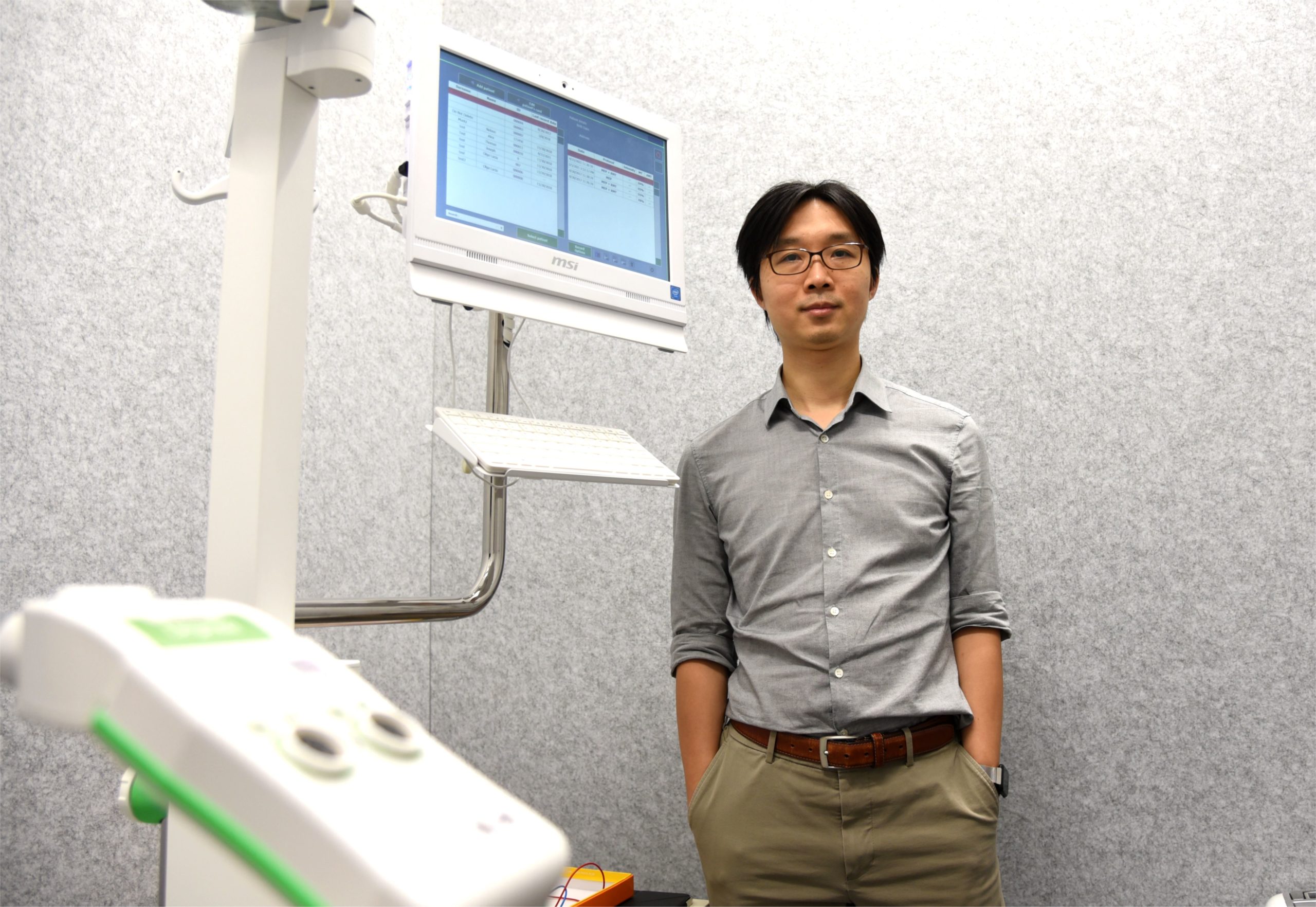 Project: Is time perception band-pass filtered? An examination of the aftereffect of time adaptation with rTMS

According to Dr. LI Wang-on, Alex, subjective time perception depends on the physical time experienced and is modulated by a set of internal and external factors. Recently, a time adaptation aftereffect has been reported after presenting stimuli of similar duration repeatedly to participants. As a result of repeated exposures to the stimuli of similar durations, subsequent perception to duration slightly similar to the adapted duration was repulsed away.

A Channel Based Duration model is proposed to explain the time adaptation aftereffect. It specifically hypothesised that the perceptual mechanism of time is band-pass tuned to various durations. Time adaptation is a result of the recalibration of the mechanism. Adapting to a certain duration repeatedly and specifically would change the reactivity of that channel. Therefore, subsequent perception is affected. This proposed mechanism is similar to other sensory adaptation models, while the changed reactivity is argued to be a change in activities or their gain control. The reported bandwidth of the channels is much finer than the common debate of time perception that sub- and supra- second perception is governed by different mechanisms. Further, there is supportive evidence that the adaptation extends across the sub- and supra-second range.

Dr. LI said time adaptation paradigm allows researchers to study the mechanism of time perception with a new perspective. Existing theoretical models of time perception are usually continuum models without channels tuned to different durations, though there is a long debate concerning the neurological difference between sub- and supra-second perception. The Channel Based Duration model proposes a further sub-division of the neural mechanism. He and his team propose to test the sensitivity changes with a time bisection task and the potential aftereffect after adapting to duration across different channels. Specifically, the Channel Based Duration Model would predict an enhanced sensitivity and no repulsion aftereffect. There is a possibility that the result does not conform to the Channel Based Duration Model and can be explained by a continuum model without neurons specifically tuned to durations. Besides, the present study use an additional time production task attempt to reduce a potential bias resulting from presenting a reference duration after the adaptation phase.

According to Dr. LI, the second phase of the study will examine the time adaptation effect with repetitive Transcranial Magnetic Stimulation (rTMS). A previous rTMS study has demonstrated a double-dissociation of sub- and supra-second that they were perturbed by applying rTMS to cerebellum and right dorsolateral prefrontal cortex (rDLPFC), respectively. Most theoretical models argue for a comparison with a mental reference or a prior probability in making timing decision. Dr. LI and his team hypothesize that a time-adaptation setup would allow us to study whether the rTMS perturbation is a result of a change to this mental reference of time or the timing process. For instance, they would examine whether applying rTMS to rDLPFC would interference the time adaptation aftereffect of sub-second. The production of sub-second would be unaffected if rTMS specifically influence the mental reference or the prior probability in the supra-second regions, but its influence in supra-second production task will retain. Another similar hypothesis with the cerebellum can also be formulated. A control condition with sham stimulation and a rTMS without adaptation condition will be administered for comparison and the administration of the conditions will be randomized.

Dr. LI said the result of the proposed study would provide evidence to the underlying mechanism of time perception, in particular, whether the mechanism is tuned to different duration. The results of the rTMS study will provide evidence whether the rTMS effect is state-dependent and related to the neuronal state after adaptation. In addition, the findings will shed light on the representation of time reference.

The Research on the Establishment of a Unifying Framework for “Structural Efficiency” Measurement
Conducted by Dr. LEE Shu-kam