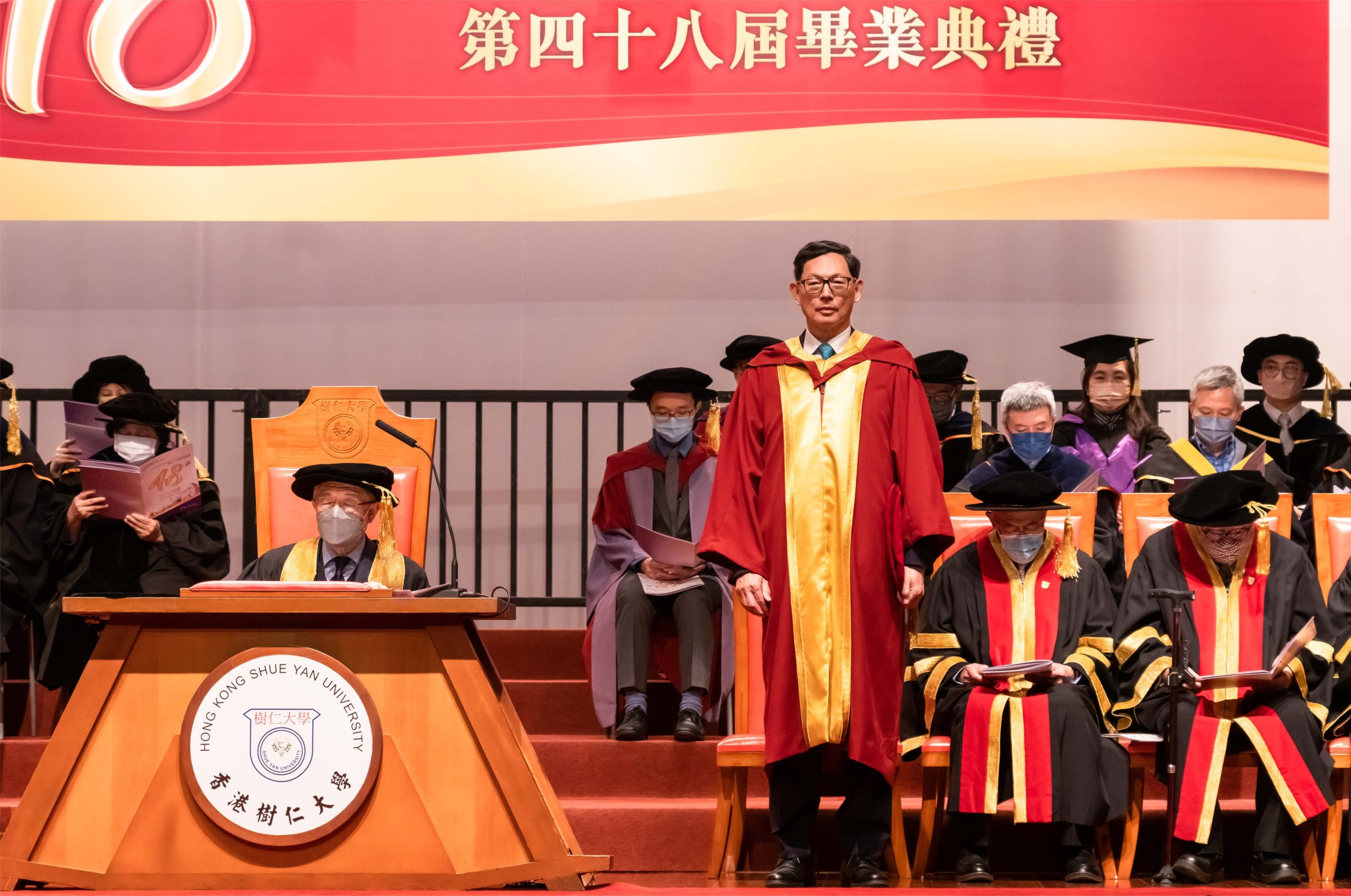 A citation written and delivered by Professor CHEUNG Yuet-wah

It is a great honour for me to present Dr. CHAN Tak-lam Norman for the degree of Doctor of Business Administration, honoris causa.

Dr. CHAN is best known as the former Chief Executive of the Hong Kong Monetary Authority (HKMA) from 2009 to 2019. Before this appointment, he had served as Deputy Chief Executive of the HKMA from 1996 to 2005. No one in Hong Kong would have forgotten the Asian Financial Crisis of 1997-1998, when international speculators were targeting the Hong Kong dollar and our stock market. The Government took the unprecedented and bold move to intervene in the stock and futures markets, using the Exchange Fund to buy over HK$100 billion worth of stocks. Norman played a crucial role in the Government’s market operations by serving as the field commander for the campaign. As we all know, the Government succeeded in fending off the international speculators and in defending the Linked Exchange Rate system and the financial stability in Hong Kong.

Norman’s experience of the turbulent times of the Asian Financial Crisis as Deputy Chief Executive of HKMA paved the way for his subsequent appointment as its Chief Executive in 2009. During his 10-year term as Chief Executive, Norman initiated and implemented a number of major policies and measures to reinforce Hong Kong’s position as the premier international financial centre in Asia, which included the strengthening of its financial infrastructure, the development of Hong Kong as the global hub for offshore RMB businesses, and the promotion of financial inclusion and FinTech through the 7 Smart Banking Initiatives in 2017. Under his leadership, the HKMA has greatly enhanced the robustness of Hong Kong’s financial system and raised the competitiveness of Hong Kong as an international financial centre.

In the brief period when he was not with the HKMA, Norman was Vice Chairman, Asia, of Standard Chartered Bank from 2005 to 2007, and Director of the Chief Executive’s Office of the Hong Kong SAR from 2007 to 2009. In addition, he was the Founding Chairman of the Bauhinia Foundation Research Centre, a policy think tank established in 2006.

The story of Norman’s success would not, however, be complete without making reference to his education and vision. When he graduated from The Chinese University of Hong Kong in 1976, Norman had not undergone any professional or technical training as part of his undergraduate studies, as he had chosen sociology as his major. We all know that sociology is an inspiring liberal arts subject which aims to widen students’ horizons, look beyond common sense to understand social reality, and provide multiple sociological perspectives and methodologies for the analysis of social phenomena. At the undergraduate level, students would benefit from acquiring a broad range of generic knowledge and developing their analytical skills. Liberal arts education, in contrast to specialised training, could prepare students to be more open-minded, able to look at things from different angles, and good at identifying and solving problems. The Chinese University of Hong Kong has a long history of placing strong emphasis on general education and non-formal education, which are important components of liberal arts education. The study of sociology provides the impetus to develop a critical mind and a commitment to the betterment of the society. Obviously, Norman is an excellent example of how sociology and liberal arts education can prepare one for a distinguished career in the highly specialised fields of monetary management, reserve management and banking supervision. His education path mirrors Shue Yan University’s present strategic goal of reinventing liberal arts education in the digital era.

Dr. Norman CHAN is a renowned expert in the financial field, but if we look deeper, we see that he has lived a rich and meaningful life underpinned by a solid foundation of liberal arts education acquired during his undergraduate years. Norman’s liberal arts education journey did not end with his retirement from HKMA in 2019. The time had come for him to consider giving back to society. As a starting point, he gladly accepted his appointment as Chairman of the Board of Trustees of Chung Chi College of CUHK, his alma mater, in 2021. This is an appropriate platform for him to promote non-formal educational activities for the whole-person development of students. With the support of the Chung Chi College Board, he has suggested 12 Chinese characters to represent the essence of the ideal personality that university education should seek to promote, which are: “Academic and Athletic Excellence 文武雙全”, “Ethics & Intellect 德才兼備”, and “Spiritual Enhancement 靈性修為”. These qualities have formed the guiding principles for Chung Chi College in offering non-formal educational programmes and activities to its students. It is no surprise that Norman’s 12-character framework for university non-formal education resonates with Shue Yan’s mission “to enable students to cultivate a whole, balanced personality including moral character and to realize their full potential as individuals, as scholars and as good citizens”. The inculcation of these qualities in young people is so badly needed in Hong Kong today.

Professor HU, in recognition of his many contributions to the development of Hong Kong’s financial system and his being an enthusiastic promoter of the value of liberal arts education, I present to you Dr. Norman CHAN Tak-lam for the degree of Doc tor of Business Administration honoris causa.

Norman CHAN: The Thirst for Knowledge a Key Quality in an Era of Change